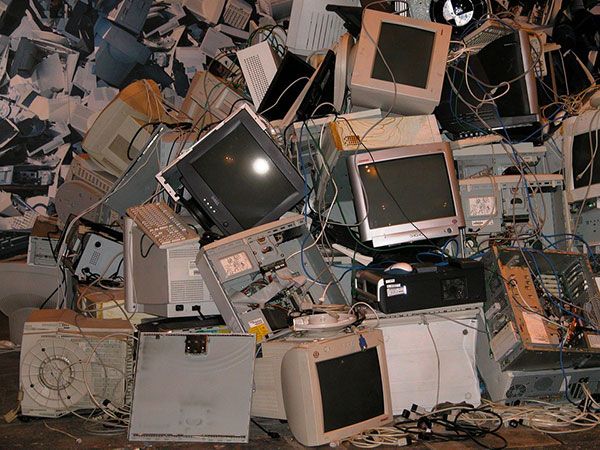 Computers are at the heart of our company and today, they are becoming more and more advanced.

‘Computer’ was a term, first introduced in the 1600s to describe those who could perform the mathematics of computations and calculations.

The first attempt at creating a ‘computer’ did not emerge until 1822 when a mathematician named Charles Babbath tried to create a calculating machine that was run by steam. However, this turned out to be a failure.

Over a century later, in 1936, Alan Turing came up with the concept of the ‘Turing Machine’, which was designed to manipulate and compute symbols that were fed into it, using a strip of tape. It became the central concept for the modern electrical computer.

For the next couple of years, 1937 to 1942 to be exact, a Physics and Mathematics professor named J. V. Atanasoff and his graduate student, Clifford Berry, attempted to build the world’s first computer, which could solve equations. This was the first time a computer could store information into its memory.

The following year, John Mauchly and J. Presper Eckert began working on an invention called the Electronic Numerical Integrator and Computer (ENIAC) which could solve a huge number of numerical problems. It is most widely regarded as the first electronic computer.

However, the next computer, which could store and run a programme from memory, was built in 1950 by Mauchly and Eckert called the UNIVAC and this was considered as the first commercial computer for businesses..

In 1953, Grace Hopper started to develop the first computer language known as COBOL and in the same year, IBM released IBM 701 EDPM, the first ever mass-produced computer, to help the United Nations keep tabs on Korea.

In 1958, Jack Kilby and Robert Noyce built the first ever computer chip and Japan released their first electronic computer, the NEAC 1101.

The 1960s set the stones for further years to come; a few advancements to mention: in 1964, Douglas Engelbart revealed a preview of the modern computer with a mouse and a graphical user interface (GUI); in 1966, Hewlett-Packard (HP) released its first general computer, HP2115, and in 1968, began promoting the first mass-market computer ever called HP9100A.

In 1970, Intel developed the first ever microchip processor called Intel 1103 and in 1973, the Ethernet was developed to connect multiple hardware and computers together.

From 1974-1979, several mass-market computers and systems were developed; in 1975, Ed Roberts released the Altair 8800 and IBM released the IBM 5100; The same year Bill Gates and Paul Allen released the popular Microsoft and the following year, Steve Jobs devised the first ever Apple computer called Apple I; In 1979, the MicroPro International released Wordstar, a word processing programme.

It wasn’t until 1981 that the first personal computer was released by IBM, which used Microsoft’s MS-DOS operating system, floppy disks, an Intel chip, and a colour monitor.

In 1985, Microsoft announced Windows in response to Apple’s GUI and Dell Computers entered the market with the Turbo PC.

The year 1990 brought the creation of Hyper-Text-Markup-Language (HTML) which gave access to the World Wide Web.

Pentium released a microprocessor in 1993, which advanced audio and graphic facilities on computers and Google was created in 1996.

In 1999, the term ‘Wi-Fi’ started to become popular and people began to connect to the internet wirelessly.

In 2001, Apple brought out the Mac OS X Operating System and Microsoft competed by rolling out Windows XP.

However, it was not until 2007, where Apple released the iPhone, which gave rise to the concept of smartphones with computer functions.

In 2009, Microsoft unveiled Windows 7, which provided much more advanced features to its users and Apple launched the iPad in 2010, bringing with it a surge of computerized tablets.

Technology has transformed and above is only a snippet of how much has changed throughout history. With technology moving so fast, it’s difficult to keep up with the latest equipment. That’s why we’re here.